Play is the Highest Form of Research 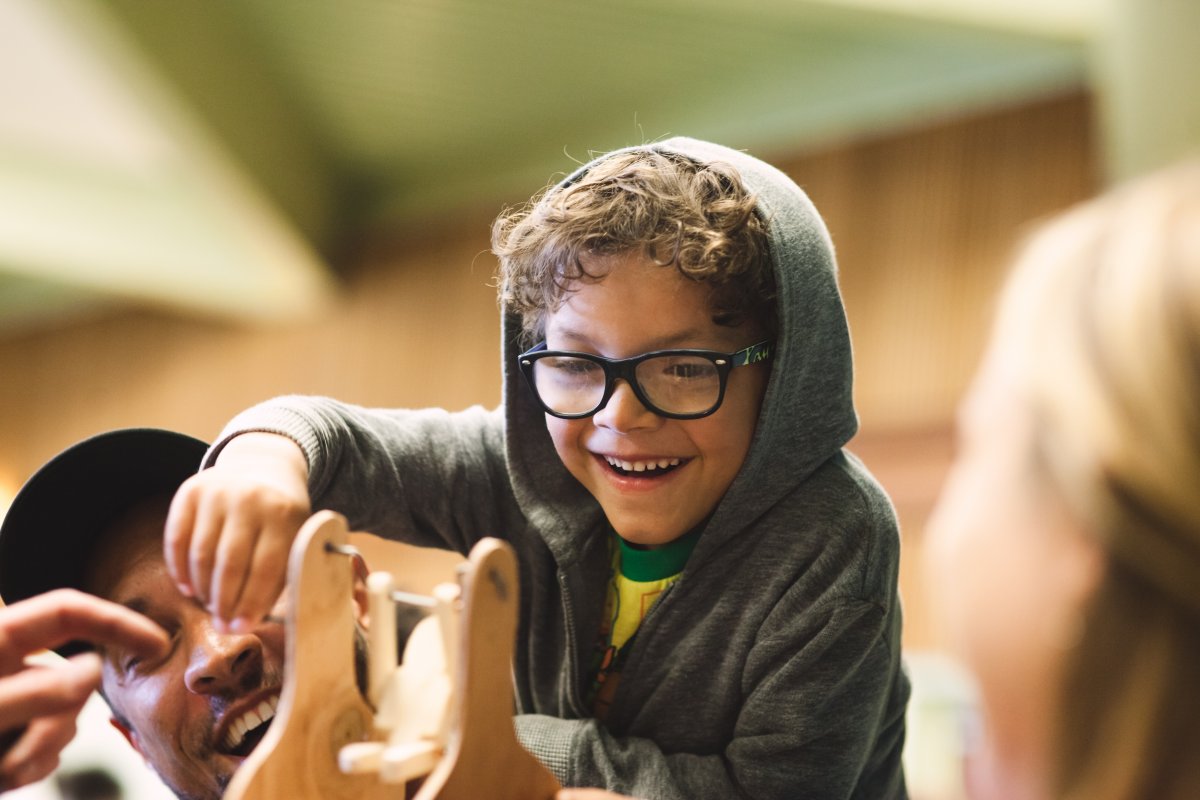 Want to wear some Trashion Fashion? Have you seen an Action Contraption before? Care to sit in a cardboard chair? All of these are science, technology, engineering, arts, and math (what we like to call STEAM) inventions from San Francisco YMCA's first Thingamajig® Invention Convention.

Thingamajig® started as a way to spark the inventive and creative minds of children through hands-on exhibits and challenges. Originally created by Janice Williams from the YMCA of Metropolitan Washington DC, it’s been twenty-two years and Thingamajig keeps getting bigger and better.

The Thingamajig Invention Convention was brought to San Francisco summer camps for the first time this past summer, and campers worked on hands-on science, technology, engineering, arts, and math inventions at a full-day of learning and competition.

This summer, youth worked to create Thingamajig projects in the four following categories:

Finbarr, Evan, Ben and Vladislav, youth from Richmond District YMCA made "The Throne of a thousand swords" based off of the throne from the TV show, Game of Thrones. It was made out of recycled cardboard and it was gigantic; it could hold 200+ pounds!

Zach from Presidio Community YMCA’s YMakers program created a magnifying glass made out of plastic panels and an iPhone.

These San Francisco YMCA youth were the top winners among their San Francisco peers and traveled to Washington DC to accept their trophies from the national Thingamajig Top Inventors Convention. On September 23, 2016, Finbarr, Ben, Vladislav and Zach headed to The US Patent office to accept their awards, accompanied by their parents, Richmond District YMCA Unit Director Crystal Abasolo, Camp Director Sina Szabados, and Presidio YMakers Director, Jeff Hawkins.

“We walked in and the room was buzzing with kids of all ages, excited parents, board members and executives from the Washington DC Metro Y as well as Y of the USA,” remembers Sina. “I was so proud to be part of something at this level, and so proud of our kids and their families because we were representing our YMCA to the national Y community.  Everyone was glowing.”

Parents who attended the awards ceremony reflected on what it meant for their sons to be part of the national conversation on the importance of STEM and STEAM learning:

“Participation in the Thingamajig national contest teaches the kids that it’s a global playing field of talents and experiences. The kids saw the product of STEAM in many wonderful ways.” – Mark, Richmond District YMCA parent

“Thingamajig helped our son think more critically and "out of the box." After Thingamajig, he definitely has new interests, especially when he saw all the other participant's work in DC. He kept saying, "I can do anything." –Ingrid, Richmond District YMCA parent

And when we asked the students what they would do their project on next year, Finbarr said, "I'd make something bigger and better. Maybe be better prepared and have an artsy spin on it all!"

Through all of the efforts to make STEM education available for all, the White House has taken notice. At the sixth and final White House Science Fair in April, YMCA STEM initiatives were mentioned in a White House press release.

Read more about our initiatives in STEAM education.