Young Chefs in the Making 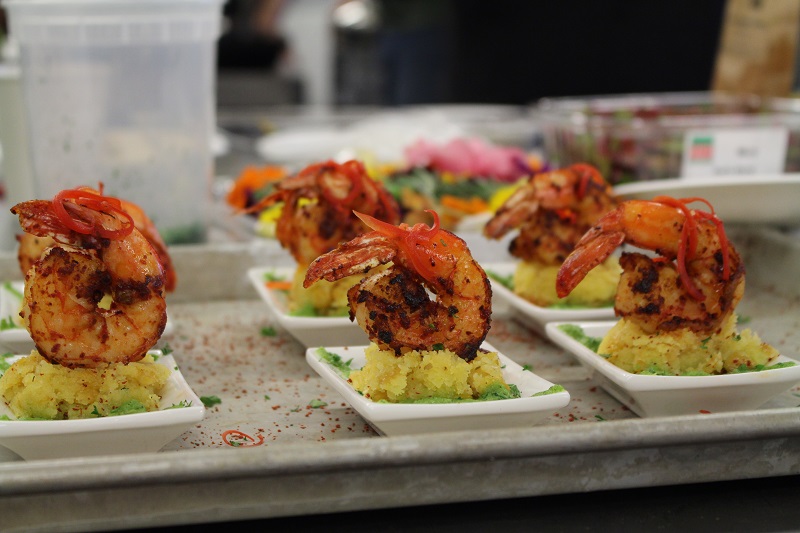 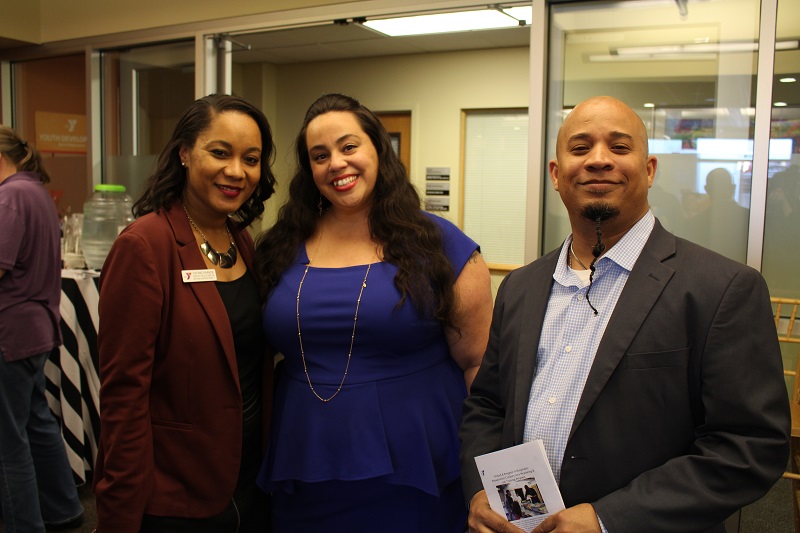 "This year, we wanted to bring it back to the branch. Our young people are seeing a reflection of themselves when our community works and volunteers in our programs. For us, having chefs that come from or who are connected to Bayview Hunters Point is paramount." -Tacing Parker

The YMCA of San Francisco Iron Chef Competition brings all the education the Primed & Prepped students have learned to the test and divides them into teams with local prestigious chefs. This year we welcomed Chef Beatrice Redwood-Preston and Chef Dwayne White into the kitchen with the support of our YMCA student sous chefs. The cooking competition awards points to taste, plating and originality, with bonus points going to food handling, organization, cooking technique, and teamwork. 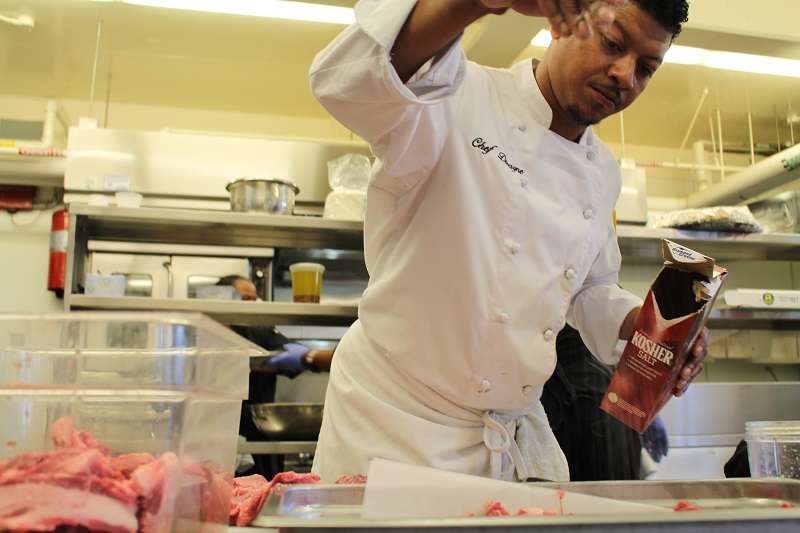 Born and raised in Los Angeles, CA, as a young boy, Chef Dwayne White would often find himself in the kitchen satisfying his natural curiosity and talent and experimenting and creating with whatever ingredients he could find on hand.  Chef White's first experience in a commercial kitchen was just out of high school when he worked for a nonprofit organization preparing tasty meals for children with diabetes. Over the years, Chef White’s love of food and cooking became a driving passion that carried him to the prestigious Le Cordon Bleu College of Culinary Arts in Pasadena, CA where he obtained his degree in Culinary Arts.

After graduating from Le Cordon Bleu, Chef White went on to create magic at Walt Disney World in Orlando, FL. For Disney, Chef White worked exclusively at Epcot, where he regularly participated in Epcot’s Food & Wine Festival, Disney’s largest annual event, feeding more than 1.5 million guests per year. After an inspiring stint in Florida, Chef White returned to his hometown of Los Angeles, CA where he landed a position as head chef and kitchen manager at the world famous Roscoe’s House of Chicken 'n Waffles. Chef White's passion for life, infectious personality, and adventuresome spirit constantly push him beyond prescribed boundaries. It is no wonder that in desiring to explore and develop his constantly evolving creative culinary ideas, Chef White left the static restaurant scene to focus on his own endeavors. He now owns and operates his own successful business, White House Catering in Los Angeles, CA. 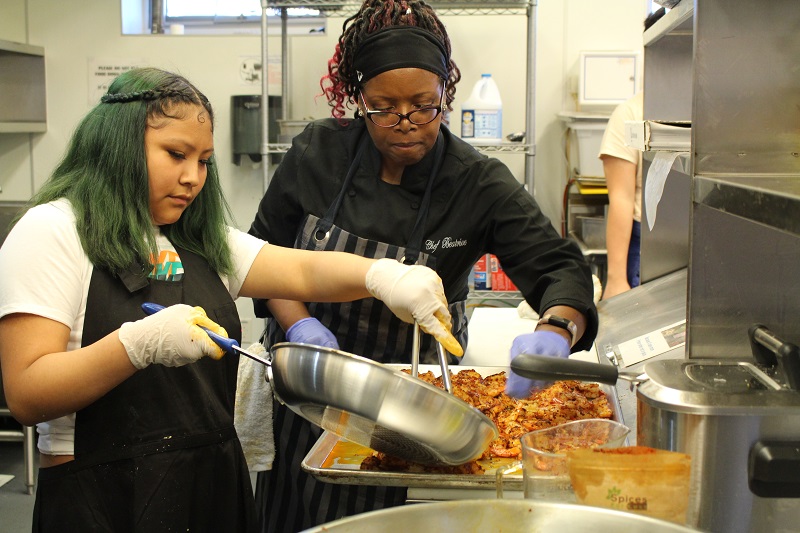 Chef Beatrice is the owner/operator of Mise en Place Events & Catering (literally meaning “Everything in Place”). She is a native of San Francisco’s Bayview Hunters Point where she learned early in her childhood the importance of making great meals and having family & friends to share it with. From humble beginnings, she recalls shadowing her grandparents in the tradition of hosting those who stopped by for a “Southern Conversation." Paramount to her upbringing is the legacy of her mother, Patricia McCoy, who emphasized the importance of the family sitting down together to “break bread” as often as possible.

These opportunities allowed Chef Beatrice to work not only with renowned local chefs, but also celebrity chefs, like Carla Hall of “The Chew," Guy Fieri, and Iron Chefs Michael Simon & Masaharu Morimoto. Since graduating, Chef Beatrice has been mentored by Karen Bevels (Karen Bevels Custom Catering) and Chef Glenn “Gator” Thompson (Gator’s Rustic Burger & their Creole Friends). Chef Beatrice has continued to be an influence in the industry and invites diners and foodies alike to enjoy her dynamic cuisine. 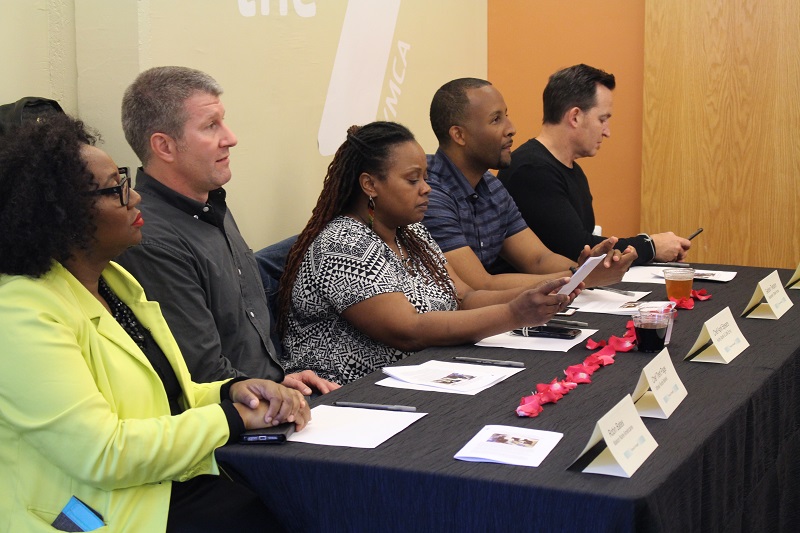 Professionals in the industry came out to Bayview Hunters Point YMCA to support the student sous chefs of the YMCA Iron Chef Competition.

"Working in food and beverage to me is a staple," shares judge Gedeon Tsegaye.

"It’s one of the avenues that I got into and helped me when I was young. You get a hot meal. You get a paycheck and a place to figure out where you’re going to go. It’s an industry that has deep meaning for me, especially in San Francisco. Anything we can do to increase the workforce of culinary agents and chefs that are passionate about San Francisco; I want to be part of that. That’s why I’m here."

Special thanks to the industry judges that volunteered their time to help shape the outcome of this YMCA Iron Chef event.

And the Winner Is... 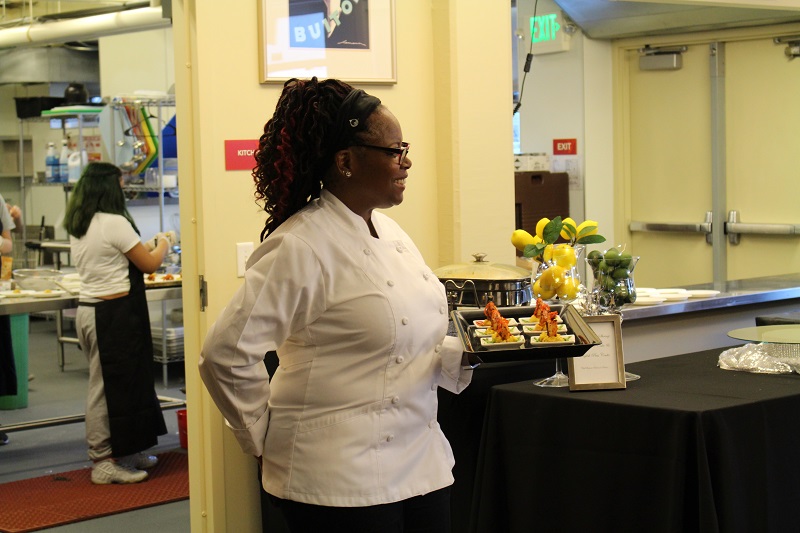 Congratulations Chef Bea! The plating of her shrimp and creamed corn cakes atop a split pea coulis earned her top marks from the panel of judges.

This hospitality management and culinary arts mentoring and job training program focuses on building confidence, life skills, job readiness, and cooking skills. Primed & Prepped is an asset-based program that is grounded on attendance, school academics, class projects, and behavior. Points are earned where students can have opportunities to get leadership roles in teh classroom and kitchen. Plus, be eligible for a stipend and play a major role in special events.