Thoughts and Reflections on Juneteenth

June 19, 1865 represents a significant date in American history and one that requires thorough examination. Often referred to as Juneteenth, it is the date that slaves in Texas learned about their emancipation.

The Civil War ensued and during that time the Thirteenth Amendment to the United States Constitution that abolished slavery and involuntary servitude was passed by the Senate on April 8, 1864, by the House of Representatives on January 31, 1865, and adopted by the States on December 6, 1865.

On April 9, 1865, General Robert E. Lee surrendered to General Ulysses S. Grant at the courthouse in Appomattox, Virginia. The war officially came to an end on May 9, 1865 with the signing of the peace treaty.

As we celebrate the end of slavery and indentured servitude in the United States, we should also pause learn more about the history of these institutions of forced labor and the lives that have been sacrificed in pursuit of the right to live with freedom and justice in this country.

Lives that were lost after capture and before the middle passage from Africa to the Western Hemisphere.

Lives that were captured in Africa and sold in the Americas.

Lives that lived under indentured servitude.

Lives that died in slavery and the genius that was buried in the fields of tobacco and cotton.

Lives of children born under the yoke of slavery and indenture who never reached their highest potential.

Lives that died trying to escape the tyranny of slavery.

Lives that died in the Civil War.

Lives that endured slavery even after he Emancipation Proclamation, the Thirteenth Amendment, the surrender of Lee and the official end of the Civil War.

Lives that died under the terrorism of Jim Crow and white supremacy.

Lives that have been murdered because of undue police force.

Lives that have been shortened and compromised under the unbearable weight of poverty, discrimination, unjust incarceration and the longest running pandemic in history - racism.

Yes, we must celebrate Juneteenth. We must also leverage the power of this important date for a deeper examination of slavery and its implications of every aspect of American life. Let us pause today for 8 minutes and 46 seconds to breathe life into the reality of an anti-racist America. And let us finally let the blood of our ancestors and those lost to racist terrorism course for justice, liberty and freedom. 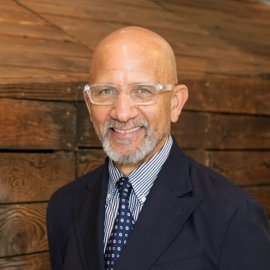