*This story was adapted from the November edition of the National BOLD & GOLD Newsletter. You can view the original story in the newsletter here.

On the fourth night of Trinity Plake-Rivett’s BOLD & GOLD trip to Yosemite National Park this summer, she lay inside her sleeping bag beneath a blanket of stars while “cowboy camping” outside of her tent. As her fellow backpackers settled into slumber all around, Trinity heard what she thought was a grunt, then footsteps padding around the campsite. Her heart raced—was it a bear?

Trinity never did find out what caused those spooky sounds, but she won’t soon forget that evening. But an even more memorable—and emotional—night came when her group camped atop the park’s famed El Capitan wall. As the sun began to drop, the cloudless sky took on a pink hue, its color painting a sparkling waterfall in the distance. The evening’s courage circle—an opportunity for the group to debrief the day’s events—was just as illuminating. “That was the day where we all actually opened up, some tears were shed—and smiles, too. It’s like we finally knew each other,” says Trinity. “It was beautiful.”

Trinity has always been drawn to the outdoors. The fifteen-year-old grew up in a family that went hiking and camping on occasion; she says of that longtime connection, “I just feel like I belong outside.”

But she wanted to dig in a bit deeper, and a staff member at the Presidio Community YMCA shared this year’s BOLD & GOLD trip schedule. Choosing the Yosemite trip was exciting; it would be her first backpacking experience, and Trinity took to walking Golden Gate Park to prepare her legs. But more than any physical preparation, she was worried about how she would fit in with a group of strangers. The day before departing for her trip, she stood in front of the mirror and practiced introducing herself.

Once on trail, Trinity discovered that it wasn’t worry about making friends or the weight of a pack that bothered her, it was gaining elevation—especially at high altitude. “We were going straight uphill as if we were on stairs that were totally vertical,” she explains. But the challenge proved motivating. “What was so cool is that I made it. That was the whole purpose. I kept thinking: You can do this, you’ll be so much greater when you finish this.” 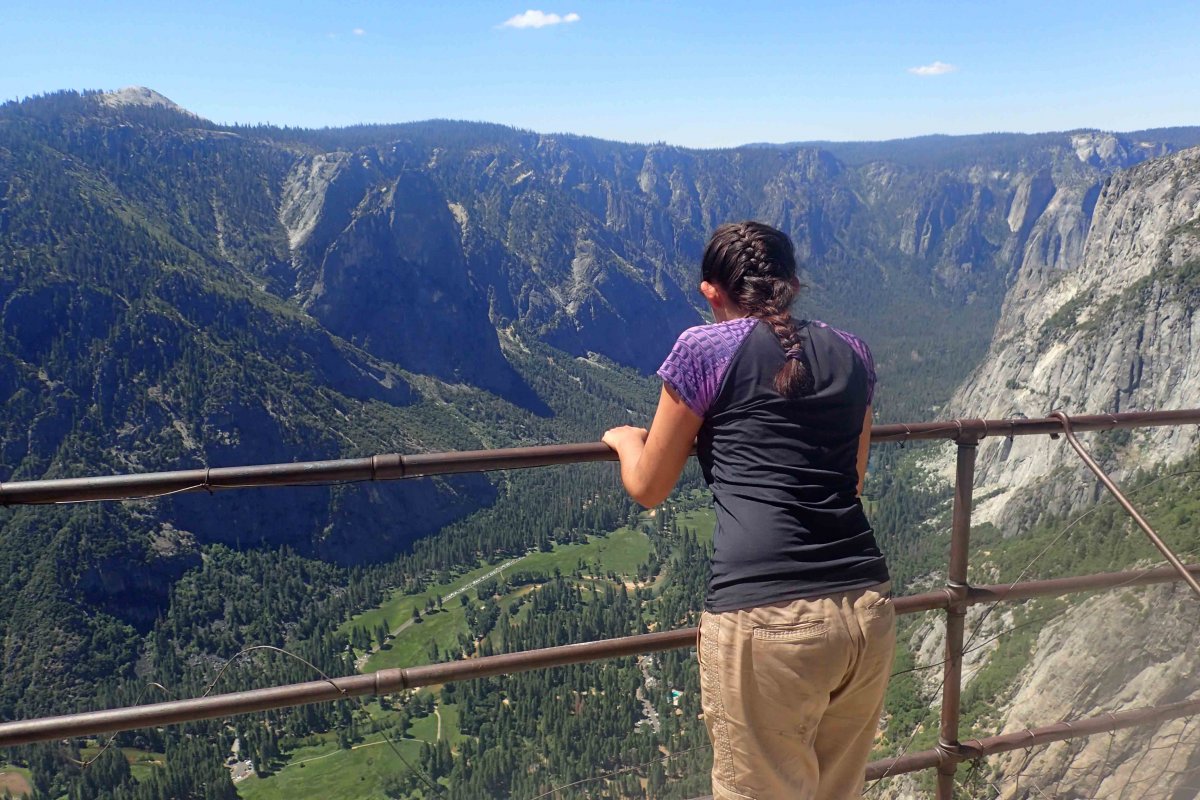 Enduring the hardships made Trinity feel strong and accomplished—and she wanted to feel that way again. Xander Tartter, the Outdoor Programs Coordinator at Camp Jones Gulch, helped her secure a spot (and nearly a full scholarship) to attend another trip, this time to Big Basin National Park.

The Big Basin trip was different than Yosemite in many ways: It was shorter. It was an all-girls trip. And bolstered by her experience earlier in the summer, Trinity says that she arrived with a completely different mindset. “I felt more confident,” she explains. “When I got back from the Yosemite trip, my mom didn’t even recognize me; she said I had a different face, [and] a more serious expression, as if I had matured in a deep way—which I really did.”

She credits that leap in maturity to not just overcoming the physical challenges she faced on trail, but also to having the space and support to work on emotional and social challenges. “It was, in a way, a completely new feeling for me. It was almost as if I was overwhelmed,” she says of that initial BOLD & GOLD experience. “What made me mature was opening myself up to the others and not being ashamed of who I am or where I come from, which was awesome.” 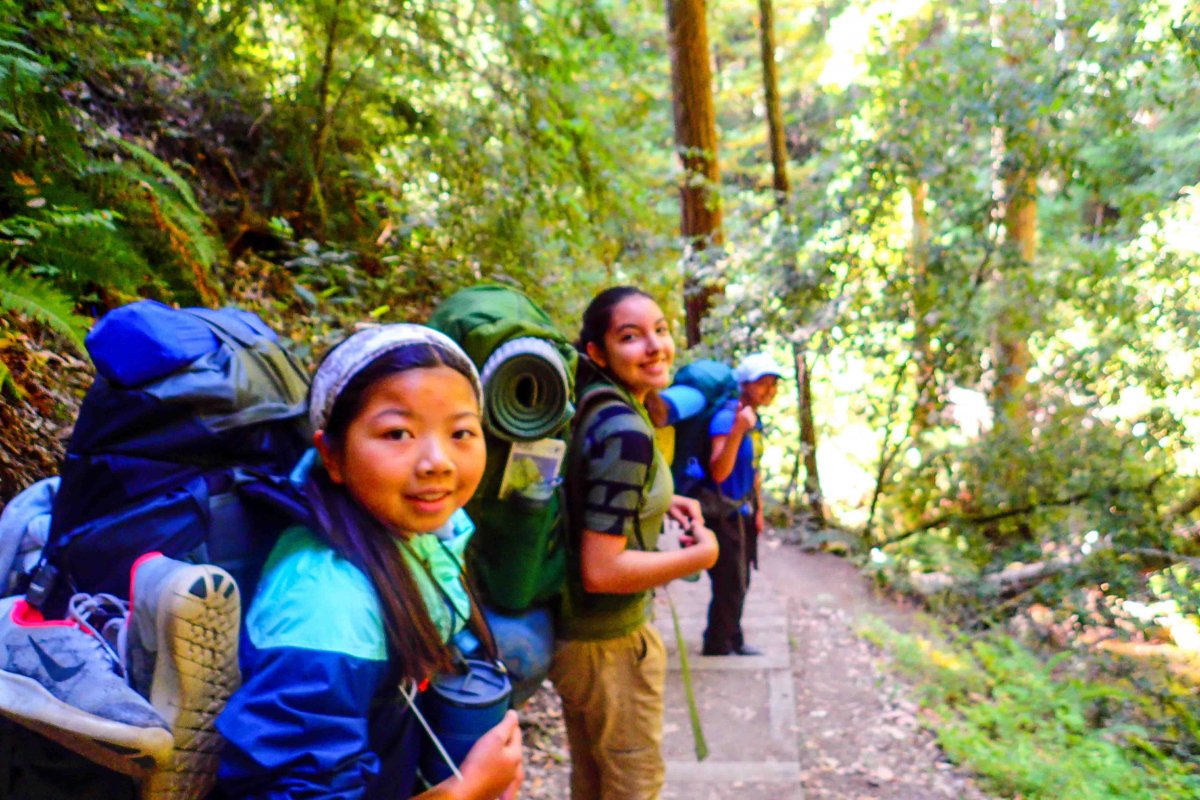 Tartter, who was leading a BOLD trip to Big Basin at the same time as Trinity’s GOLD trip, noticed how she “thrived” during the experience, and how grateful and enthusiastic she seemed to be about BOLD & GOLD. When he asked if she would be interested in participating in a fundraising hike for the program this fall, she readily agreed. Trinity helped lead a “name game” activity for the group, and even volunteered to haul a full backpack again just to demonstrate what participants deal with on trail.

“When in the wilderness, after even just a half hour of hiking, the students want nothing more than to take their pack off,” laughs Tartter. “I guess it goes to show the impact of the experience that they will wholeheartedly embrace a little extra challenge afterwards in order to relive the trip.”

For Trinity, it was no sweat. “Nature brings out my happiness, and so many emotions,” says Trinity. “Being able to share that with other families who are helping us to be able to do those trips is really cool for me.”

Trinity says that her experiences with BOLD & GOLD have helped her practice gratitude, become more open-minded, and better communicate with her peers. But those tough days in Yosemite and Big Basin also deepened her connection to the outdoors.

Now I try to stay longer in parks. I’ll start hugging trees, and if a dog comes along, I’ll start petting it,” she says. “I really want to stay longer with nature. You breathe in that fresh air that the trees give you, so clean and fresh, and then you hear the rustling of the leaves—it’s like it isolates you and lets you think more. It lets you be more present.” 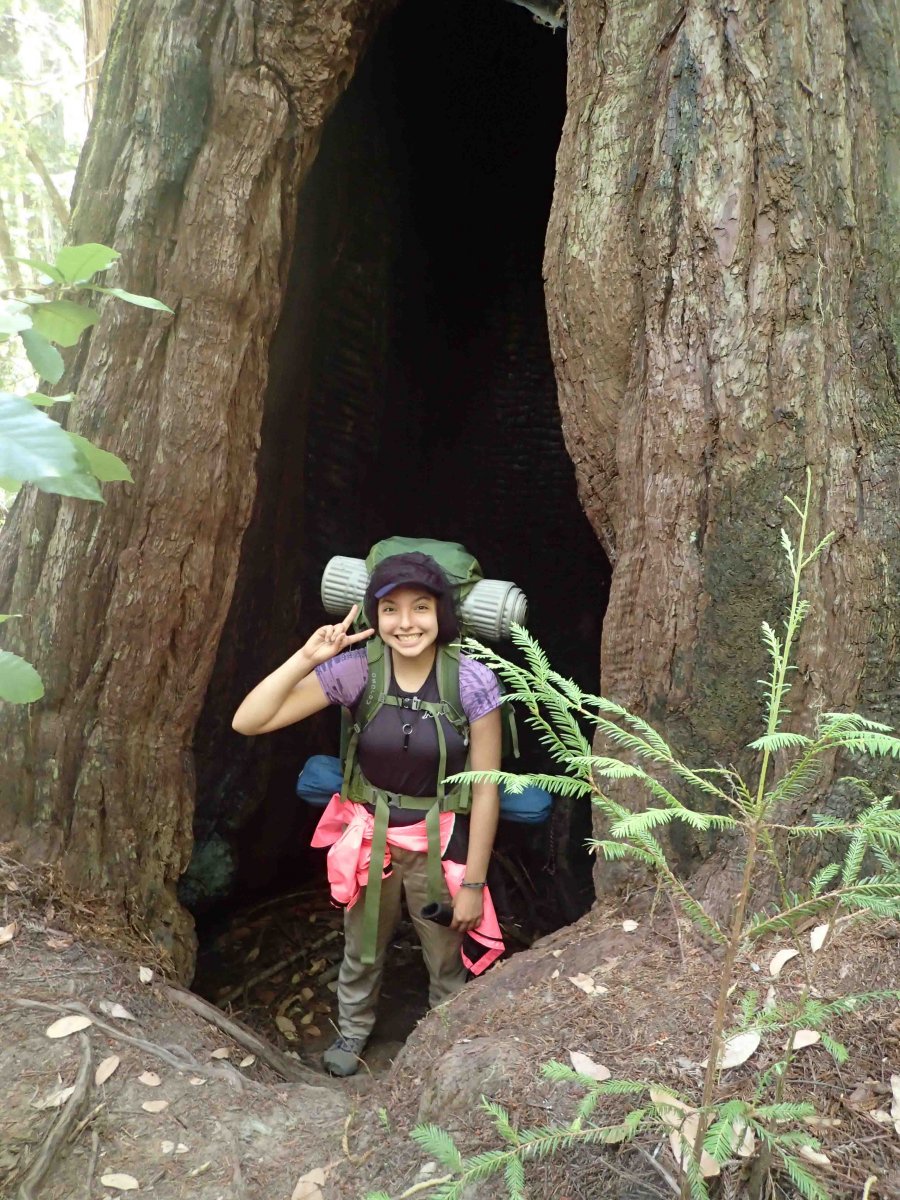 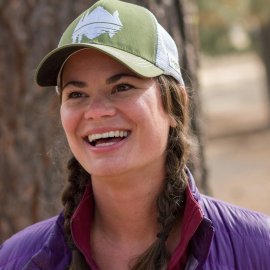 Your generous support makes experiences like Trinity's possible for teens throughout the Bay Area. Please donate to help us provide financial assistance for qualifying families!