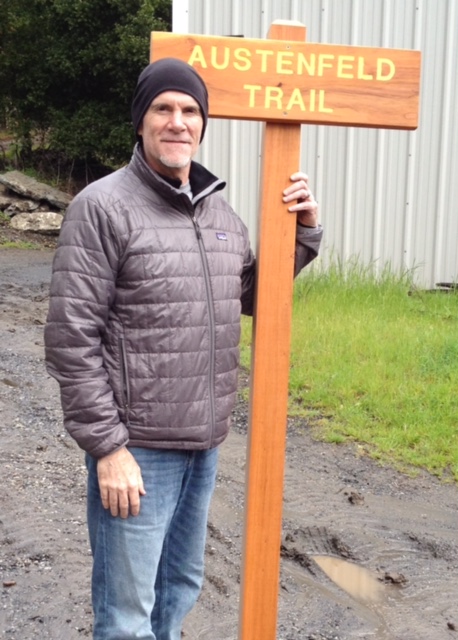 I grew up a fourth generation Kansan. Graduated college in Emporia, taught high school for six years outside Kansas City and then on to be the CEO of the YMCA of the Flint Hills outside of Elmdale Kansas, Camp Wood, for 8 years.

Each month the YMCA of the USA would send out its national vacancy list to all the YMCA professionals in the country and I would take a curious glance. One day a position appeared that expectantly piqued my interest, the Executive Director of Camp Jones Gulch was to become available.  Jones Gulch’s reputation as a camp was well known in the YMCA, not only on the West Coast, but throughout the United States. It was one of those jobs that just didn't come up very often as the two previous camp directors (combined) had held the camp director’s position for nearly 45 years. I viewed it as a chance of a lifetime.

Jones gulch was a magical place for a young man and his family from the Midwest. With the Pacific Ocean spreading out below her amidst her majestic redwooded mountains it was truly a surreal experience to first pull into that beautiful camp.

Today when I return I still act like a first timer as I am drawn to its many wonders. I go first to the Buckeye Grove then circle down to see Big Red and the Valley of the Giants, work my way up General Ulysses to say hi to Frieda and the Bowl. On this hike you are bombarded by all your senses.  The size of the redwoods, the sound of the silent forest and the smell of the pines all bring you to be present at the Gulch.

In many ways Jones Gulch was a coming-of-age for me professionally. I went from managing a small independent YMCA camp in the Flint Hills of Kansas to running a large complicated business as an integral part of one of the largest YMCAs in the country.  I was 35 years old and replacing a well respected 65 year old, long time Jones Gulch camp director at a place where everyone had worked together for many years. It was daunting.

Shortly after I arrived at Jones Gulch, my boss, the Director of YMCA Camping Services of the YMCA of San Francisco, retired resulting in the subsequent handing over those responsibilities to me within my first several months on the job. That was a watershed moment for Jones Gulch. Up until that time (for over 50 years) Jones Gulch had not really ran any programming of its own.  Jones Gulch was more of a rental site in partnership with two counties running large outdoor education programs and many retreat and rental groups including the YMCA of San Francisco renting Jones Gulch to run its summer overnight programs.  That all changed in an afternoon. All of a sudden we were in charge of all of the overnight camping programs for the YMCA of San Francisco and serving it’s nearly 6 million people constituency!

Right on the heels of that pronouncement, at 5:04 PM on October 17, 1989, was the Loma Prieta earthquake.  For a Kansas boy who had only been ducking tornadoes all his life that earthquake was a new experience and a big deal. The quake wrecked every fireplace at the camp.  We were full of Outdoor Education students and no one got even a scratch.  We were so blessed that no one was hurt.  All this in my first 9 months.

In life when you're in growing situations like starting a new position that is ten times the size of your previous one, moving from rural Kansas to the Bay Area and surviving earthquakes it's always about the people to whom you hook your rope.  Jones Gulch was no different.  The people that I met and worked with during my tenure were all amazing.  The Board of Directors, the staff, and the surrounding neighbors all contributed to making my time at Jones Gulch a positive, growing experience that will remain with me forever.

When I first arrived Dave Mercer was the San Francisco CEO (went on to be the CEO of the YUSA), Jerry Nutter was the VP of Operations (went on to be the CEO of Orange County), Gregg O’Brian, another VP of Operations, (went on to be CEO of the Valley of the Sun), Hank Bagelmann was the Human Resource Director (went on to be the Director of the West Field) and George Goyer (an amazing Development Director who moved on to Nashville). They were all superstars and their mentorship at the corporate level was invaluable. Working under their tutelage was a very special gift for me.  At the Gulch two of the most important staff positions were the Senior Program Director and the Facility Manager.  I was fortunate to have Dimitri Stankevich and Bill Campbell in those positions.

One experience at the Gulch that I still think about rather often and with great fondness is a trip I co-led into the Sierra Mountains with our Teen Leadership Program.  Even though I had grown up in the outdoors (the prairies of Kansas), leading a week long backpacking trip in the Sierra Mountains with a group of teens was foreign territory for me. Our guide on the mountain was a tough old cross country coach from San Mateo High school. His nickname was Red. He knew not the word quit or give up. His belay system was wrapping a rope around your stomach twice and tie a half hitch then having you go at it.  He was the quintessential definition of old-school. Not the way things are done today!  The relationships and experiences that were formed on that trip between that group have stayed the decades as we explored our inner selves and bonded out there in the mountains.  It was a true adventure.

Now 28 years later, I still keep in touch with my friends from our time together at the Gulch.  They are the ones that always greeted me with a smile as we did the heavy lifting together.   This fall at the Autumn Magic Family Camp October 6-8 at Jones Gulch I'm looking forward to a reunion with some of those campers (many who went on to become JG summer staff) and staff of those five amazing years. We will celebrate our time together and the lives we helped change at Jones Gulch.  Can’t wait! 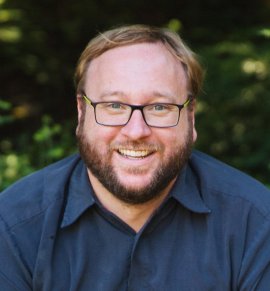