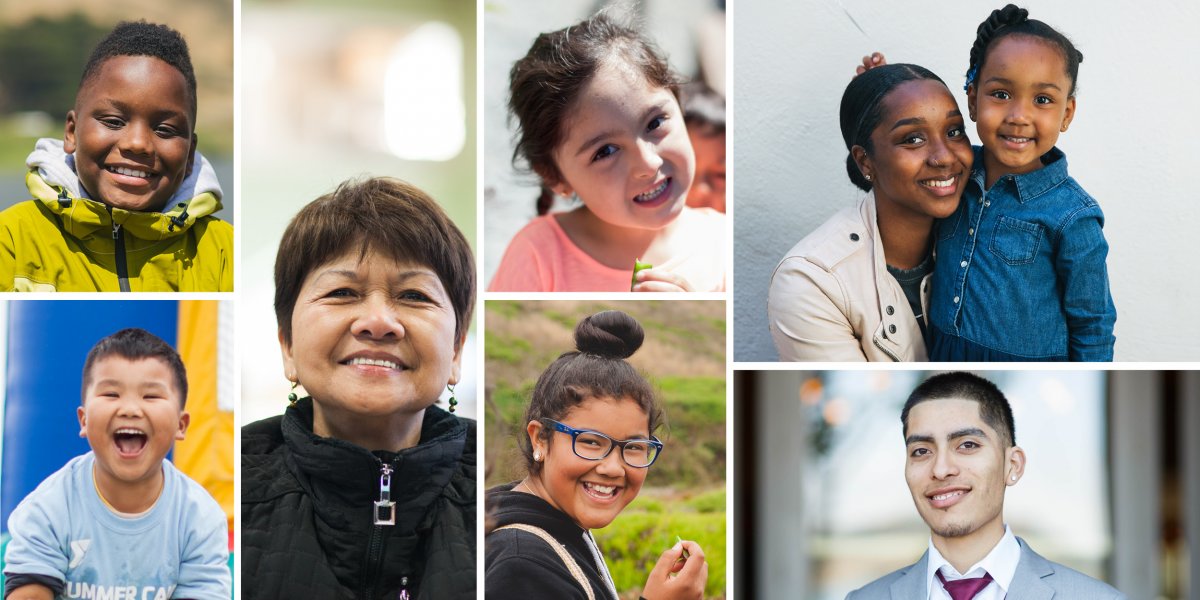 Today’s political climate and health crisis are further alienating communities of color and immigrants when it comes to our civil duty of responding to the 2020 Census.

Every ten years the U.S. Census makes its presence known through local and state ads, census workers, and by showing up in our mailboxes. This year, census outreach looks and feels a bit different. The YMCA of San Francisco is working with the U.S. Census Bureau to actively seek out residents to gently remind them to complete the 2020 Census.

Before the worldwide pandemic, the U.S. Census rolled out efforts to partner with trusted community-based organizations, like the Y, that work in the heart of local communities. The goal was to increase outreach in areas where data shows low response rates. San Francisco’s self-response rate is currently at 59.6%, while California’s self-response rate is 62.8%, with 52.5% of responses completed online. In some districts, like San Francisco’s Chinatown, Bayview Hunters Point, and Visitacion Valley neighborhoods, multiple factors can contribute to the low response rate such as lack of internet access or comfort, need for translation, confidentiality concerns, and general misconceptions based on inaccurate information. 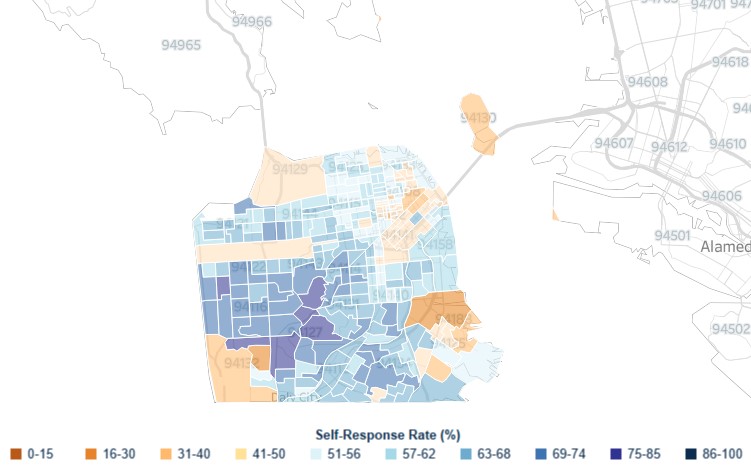 According to the Public Policy Institute of California, 36% of San Francisco’s population are immigrants. As new immigrants have settled in San Francisco over the last ten years, many are not aware of what the census is. Further complicating census perception, immigrants and communities of color were targeted in 2019 when the Trump Administration considered an executive order to add the citizenship question to the census. In June 2019, the Supreme Court ruled against adding the citizenship question, but damage had already been done as the public debate added to the mistrust of what information is shared between government entities such as the police or ICE.

This past year, the YMCA of San Francisco has been gearing up to support census reporting by recruiting bilingual staff, and providing training, education and resources to help prepare staff with community outreach. As Spring approached, Y staff were ready to provide accurate information and remove barriers residents may have to completing the census. When Shelter-in-Place came into effect because of COVID-19, the Y’s plans for local outreach at community events, afterschool programs, and within our branches were paused. COVID-19 unexpectedly halted the opportunities to get face-to-face with community members.

At the center of this work is the message that all residents living in California need to complete the 2020 census, regardless of immigration status, income, and whether they own their home or rent, and that responses are confidential and will not be shared.

What is at Risk

The Census website reports that the U.S. population is roughly 329 million; every 16 seconds the U.S. has a NET gain of one person. When a resident completes the census, it ensures that California receives a proportional share of Federal Funds. In the State of California, for every one person who does not complete the census, California will lose approximately $20,000 of Federal Funds over the next ten years. These funds are used for various vital resources, such as local schools, housing, hospitals, fire stations, roads, nutrition programs, and political representation in Congress. In 1990, California lost $2 billion in Federal Funding and a Congressional seat as the result of an undercount.

A report published by the U.S. Census Bureau in 2017 notes that 132 government programs nationwide that used data from 2010 completed census to distribute more than $675 billion in Federal Funds. The Public Policy Institute of California says that California received $77 billion in funding based on 2010 census data. California’s Department of Education received $1.7 billion in funds that provide grants to local education agencies such as the YMCA of San Francisco’s early childhood education programs (preschool), afterschool programs, and summer programs. The same study also noted that the 2010 census failed to count nearly a million children between the ages of 0-4, resulting in significantly lower distribution of funds.

Many residents, especially the senior population who are high-risk or immune-compromised, are concerned with the possibility of COVID-19 exposure from census workers. The Y is taking the proper safety precautions while working directly with the community through existing programs to reach as many residents as possible. Outreach is being done in-person through programs that are currently operating, such as Pop-Up YKids and food pantries. Staff are also making outreach calls to seniors and reminding them to complete the census, which can now be done over the phone.

By responding to the census, we can maximize critical resources for our families and communities and ensures fair political representation. Remind your family and friends to complete the census, too!

For more information about the Census, visit www.ymcasf.org/2020-census.