Trails are for All: Inclusion Outdoors 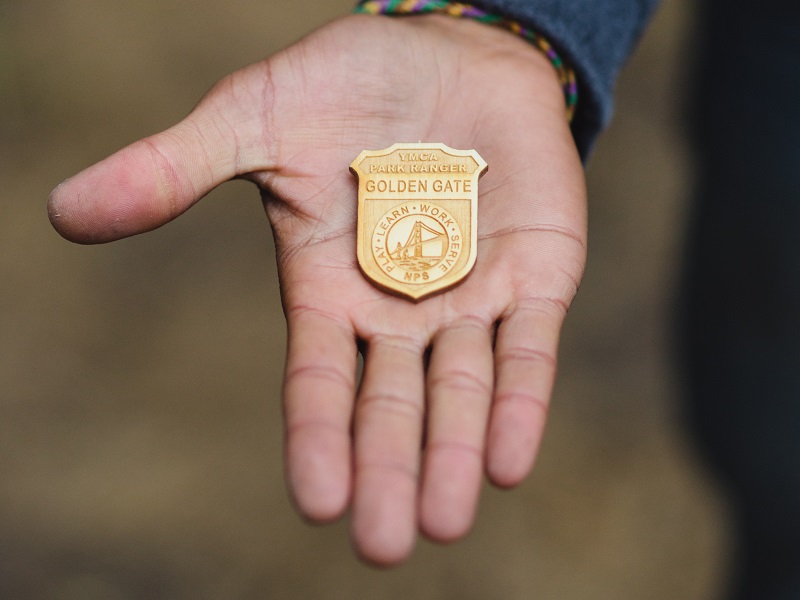 Youth today are spending less time outdoors than any generation in human history. Luckily, our naturalists at Point Bonita YMCA’s Y Rangers program know a thing or two about how to get a group of sixth to eighth graders to look up from their phones.

Since 2015, Point Bonita YMCA’s Y Rangers program has been encouraging young people to connect to their public outdoor spaces. When Becca Montgomery, a naturalist at Point Bonita YMCA, considers tactics for how she gets middle schoolers to be interested in trail routes, park history and nature ecology, she takes it a step further with methods that also help engage youth with varied mental and physical abilities. It's because of small nuances like these that a camper like Antonio, with global developmental delays, has thrived in this YMCA program. 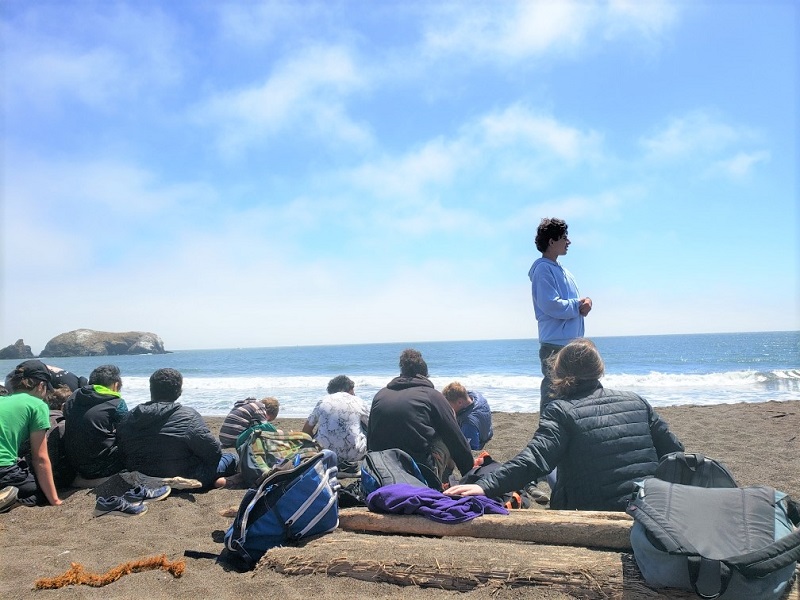 Our Most Enthusiastic Y Ranger

Antonio has a rare genetic disorder called Pitt Hopkins Syndrome. As a result, he has characteristics of autism and cerebral palsy. He is nonverbal, and relies on gestures, word approximations and a communication device to communicate. He uses the communication device, an iPad with a communication app, with the support of his aide. The device further supports Antonio's growth and understanding as well as provides an interactive experience that helps him connect to his aide, his fellow Y Rangers, and the Y naturalists.

Where some middle schoolers might give an indifferent shrug to a new activity, Antonio will jump and make the sound for "yay." He's also a big hugger. For the past three summers, Antonio has never failed to bring his enthusiasm for whatever Y Rangers has in store for him that day.

“We are very fortunate to serve youth with diverse abilities in our Y Rangers program,” smiles Montgomery. “The kindness that Antonio radiates has positively influenced our Y Ranger groups to be more kind to each other. This is a beautiful thing to witness in a time where bullying and teasing are a more common narrative among young folks.” 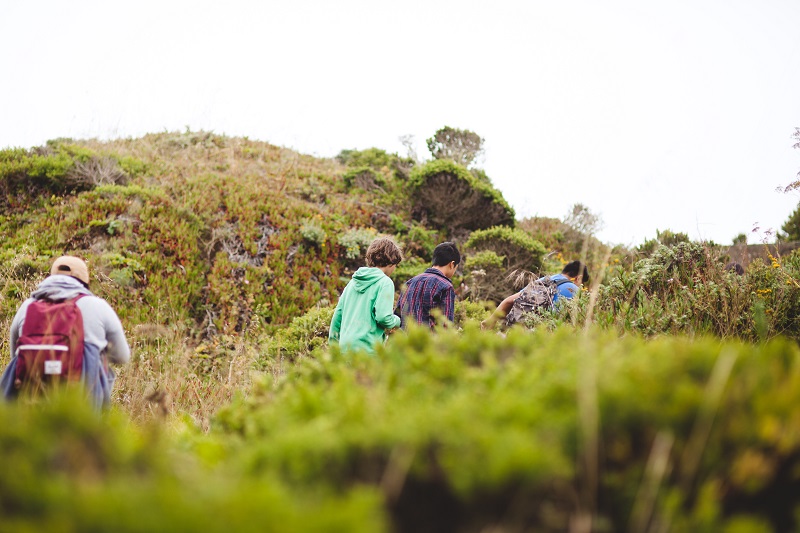 Convincing middle schoolers that they will have fun walking the dirt trails of the Marin Headlands, learning about history, wildlife and geology might be daunting to some educators. Doing it without the distracting pull of a phone’s wifi, videos and games can leave most of the youth visibly anxious. Naturalists at Point Bonta YMCA have gotten really good at helping young people connect to outdoor spaces.

To teach survival skills, naturalists show Y Rangers how to filter water, start a fire, and build a shelter - all without leaving a trace.

To work with a middle schooler's need for autonomy, naturalists give Y Rangers a map and ask them where they want to go.

To ease Antonio into learning, young Y Rangers started putting their hands on his shoulder to help him focus and hear the next lesson. This act of inclusion witnessed by the naturalists was a way his peers were saying "'We're here for him. We're supporting him." 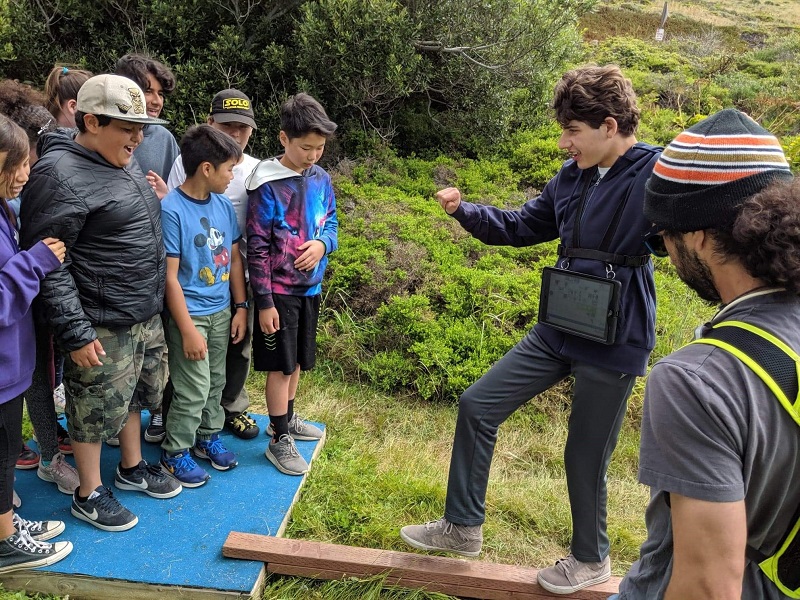 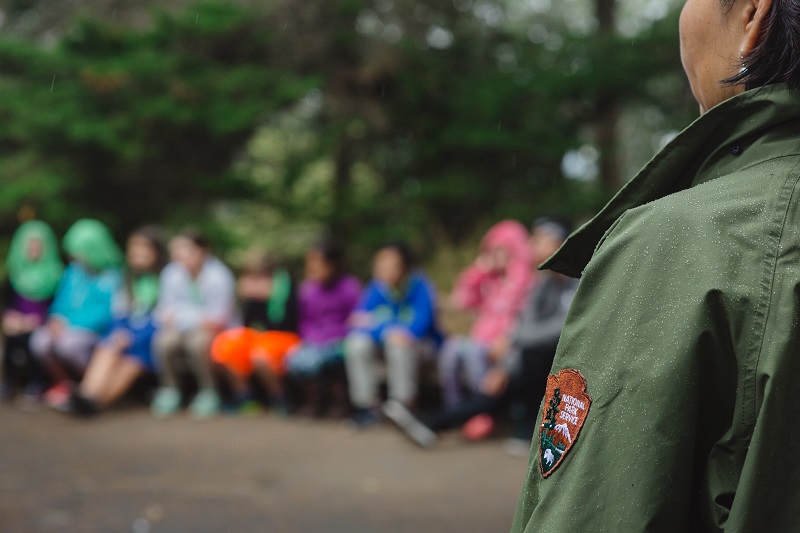 Embedded in Y curriculum is the belief that inclusion starts with listening and learning from each other. The Y is grateful for caring adults and parents who will disclose strategies that work best for their kids. Strategies are also shared among our Y naturalists so staff can learn new techniques for serving all of our program participants.

While there is still a long way to go for parks to be inclusive of people of all physical and mental abilities, putting forth the time and effort to include everyone is important work that sends ripples throughout society.

Though Antonio cannot reflect on the experience in a way that can be quoted verbatim, he can reflect on his favorite parts with expressions of “outside” and “happy”. To see Antonio inspired by nature encourages us to continue to share our love of the outdoors with all youth in the Bay Area.

In 2015, the Department of the Interior announced a national Youth Initiative; and in partnership with the National League of Cities (NLC) and YMCA of the USA, coordinated efforts began to provide essential outdoor programming to youth. Y Rangers is a part of the national campaign to connect youth to their public outdoor spaces. All campers will have the chance to learn about the historic, recreation and volunteer opportunities available in the Golden Gate National Recreation Area. Led by YMCA naturalists and park rangers, youth will explore state and local park sites such as Muir Woods, the Presidio, Alcatraz Island, Angel Island, Hyde Street Pier and the Marin Headlands—over 81,000 acres of open space spread across 15 sites all over the Bay Area.