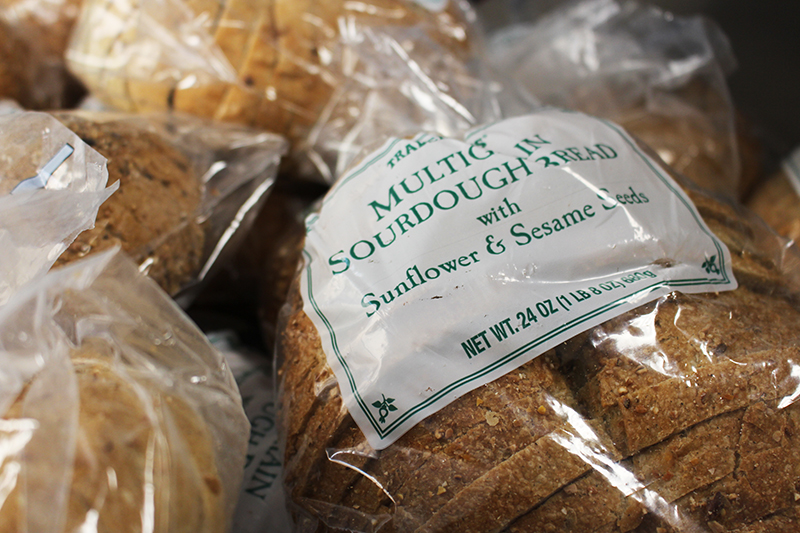 A bustling of anticipation can be seen in the entryway of the Richmond District YMCA on a Thursday morning. At 9:30 am, the lobby is full of people sitting and standing with their Y grocery bags and their loved ones, waiting for the Bread Program to begin.

The Richmond District YMCA's food distribution, casually referred to by its original name, The Bread Program, had humble beginnings. What was once a small bread distribution program handing out donations from Boudin Bakery to local residents has turned into a full food donation program that serves 150 families weekly. The Bread Program today looks more like a mini grocery store. Tables hold boxes of fruit and vegetables, loaves of bread, various packaged items, donated flower bouquets, and fresh meats and poultry. 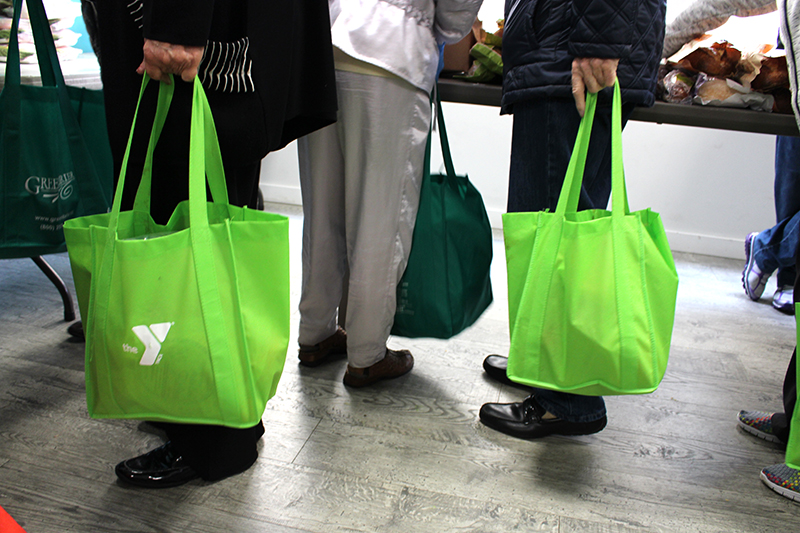 For Richmond District YMCA’s Bread Program, you will regularly hear Chinese, Thai, Spanish, and Russian being spoken. You will also see older people bringing in their young grandchildren to help them translate. There is a large community of people from the former USSR who attend this food pantry and everyone, regardless of country of origin and background, comes together eager to fill their grocery bags.

Volunteers set up the room off of the main hallway about an hour before the food pantry opens. The tables are organized into a U-shape to serve people quickly, and to maximize the space needed to serve the community. Every participant receives a Y grocery bag, and a number is handed to each participant that tells them what order they enter the room. 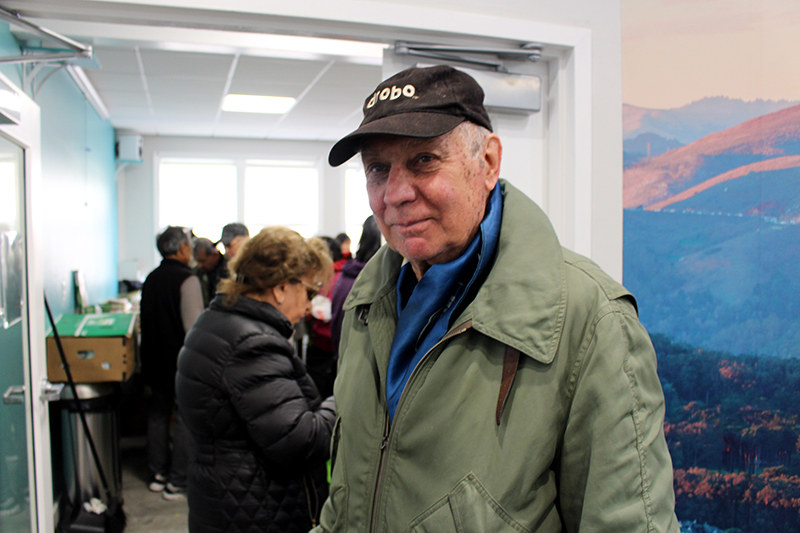 John has been a food pantry volunteer at Richmond District YMCA for 10 years.

“Our Bread Program gets different foods than a regular food bank. If I don’t have the shipment of flowers out, people get very upset.

When I first started, people didn’t even talk to each other. But this event is making people more social. Now they all know each other.” 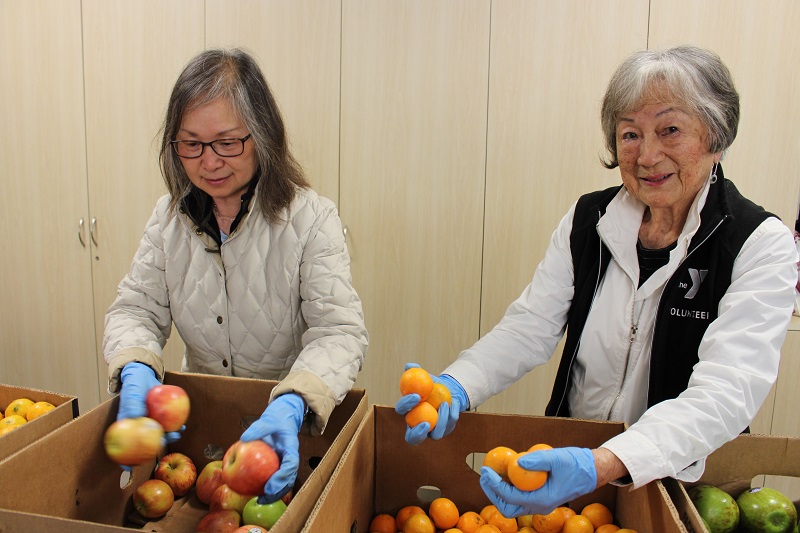 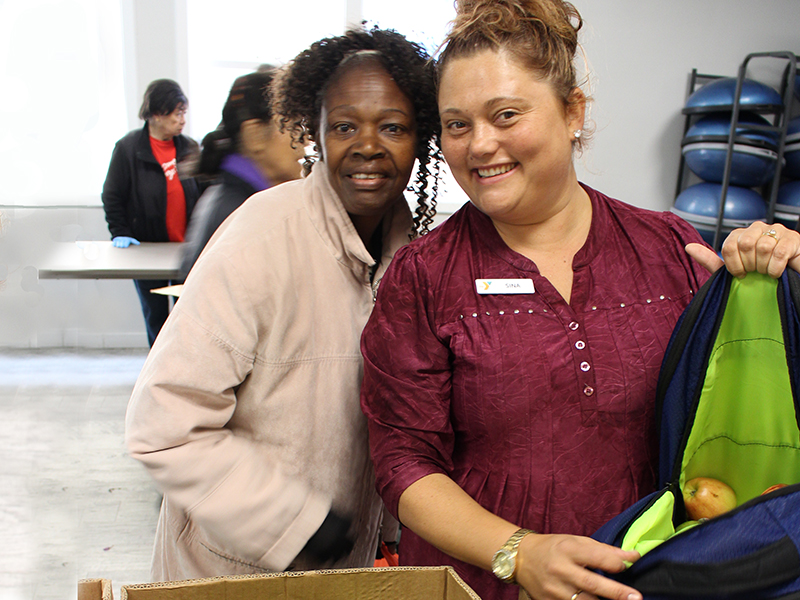 “The meats and proteins are the most popular items in our Bread Program…and so are the desserts!

When I first took over organizing the Bread Program from Maria Santos, our long-time Bread Program coordinator, I used to say ‘get in line.’ After talking to some of the former USSR participants, I learned this was very triggering for them. In their home countries, they were always told to get in line. Now I no longer tell people to get in line.”

Joseph & Alla escaped their home country of Georgia and arrived in San Francisco in 1996. When they first came to the United States, they landed in San Francisco and only knew three things in English: ‘Hello,’ ‘Goodbye,’ and ‘I Love You.’

“Rent is expensive and we are considered low income. In my home country, I was a professor of biochemistry and the technology of plants,” reveals Joseph, 81.

Joseph and Alla are both retired and live close to the Y. They have been members of Richmond District YMCA for 15 years and are regular participants of the Bread Program. They have been married for 54 years.

“I was taller back then,” Joseph says with a grin.

Today, Joseph and Alla can say a lot more in English, but you will often hear them greet the Y staff and their friends ‘hello,’ say ‘goodbye’ when their bags are full, and exchange an ‘I love you’ with each other as they leave the Richmond District YMCA.

September is Hunger Action Month – a month where people all over America stand together with Feeding America and the nationwide network of food banks to fight hunger. It's a month to spread the word and take action on the hunger crisis, and dedicate ourselves to a solution.

Food Pantry Programs at our Ys