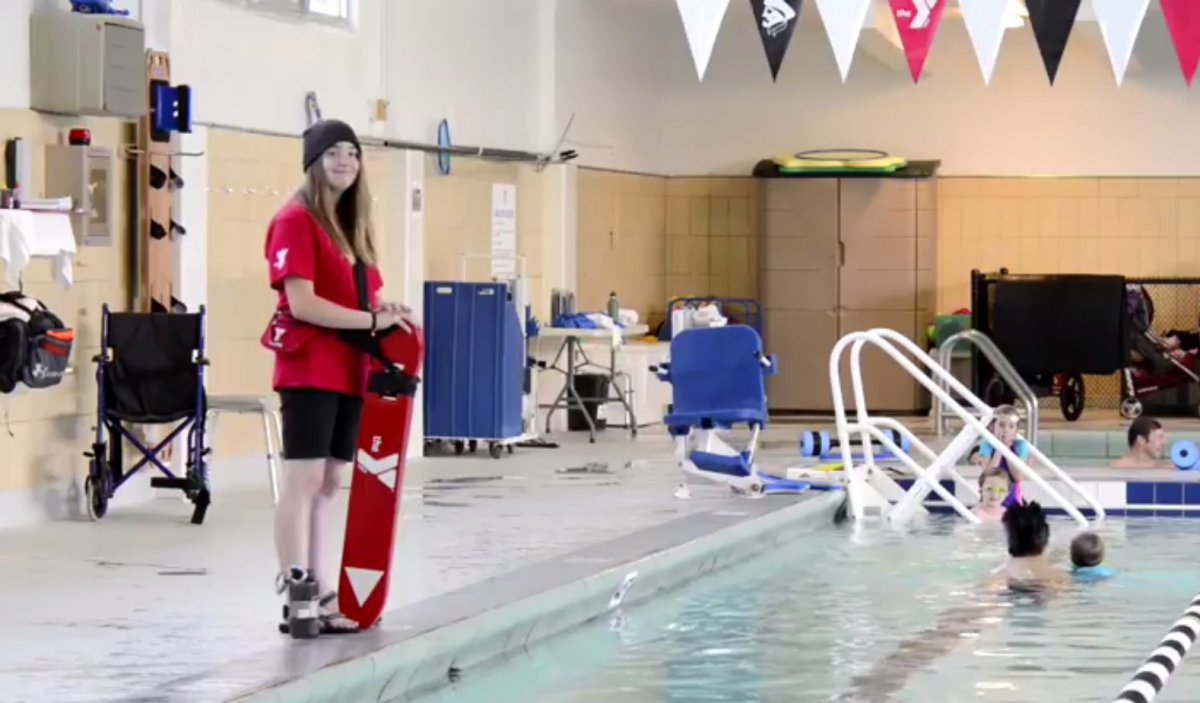 LEARNING TO SWIM IN HIGH SCHOOL

When Jackie first started Waves for Change, she was a shy and timid senior that was behind in high school credits due to all the moving her family had done.

When Jackie enrolled in Downtown High School, she learned about their Waves for Change program. The school brings high schoolers who are motivated by learning outside of the classroom to the Presidio Community YMCA’s Letterman Pool and teaches the students how to swim.

“When Jackie first started, she wasn’t even sure about jumping into the deep end,” remembers Justin Botza, the Aquatics Lead Staff and Waves for Change Instructor. “It was great seeing Jackie grow from not being sure if she could swim a full lap to graduating to our lifeguard program, to applying for a job here. That’s amazing that someone that I taught swim lessons to at Waves for Change would turn into a coworker.”

This program really gave Jackie the opportunity to not only graduate high school on time with Downtown High School, but also learn a job skill (lifeguarding). As soon as the program was over, she was working at Presidio Community YMCA 40 hours a week and looking for any overtime available.

“She earned quite a bit of money that first summer,” remembers Amanda Ables, Aquatics Director at Presidio Community YMCA. “She shared with me later on that because she had done Waves for Change and learned how to be a lifeguard, she was able to pay for an entire semester of community college all by herself.”

Giving Back Through Employment

Being in Waves for Change and the aquatics department helped Jackie in every aspect of her life. She has been motivated since graduating the program to educate other teens looking for similar opportunities.

Jackie is always going above and beyond not just for members but for her peers, and even for her supervisors. She is an outstanding employee and in 2016 she was awarded the Employee of the Year award from the YMCA of San Francisco.

“On behalf of the Presidio Community YMCA, I just wanted to say thank you for all the continued support on programs like these and many other great programs. Without donors, we really couldn’t run these programs. And we wouldn’t be able to support nearly as many people like me. I want to say thank you and I hope you continue to support us.” – Jackie Davis

Investments made by generous supporters like you give financial assistance directly to the community. Subsidized and free unique programming like Waves for Change tailors programming to meet the needs of each community.