Through a connection with the Tahoe Rim Trail Association, nine youth from Presidio YMCA, Richmond YMCA and Stonestown YMCA along with staff members Madeline “Mutt” Kitagawa and Ivonne Garcia, Director of Outdoor Programs, from Presidio YMCA, Dustin Schuss from Buchanan YMCA and Maggie from the Tahoe Rim Trail Association created a beautiful opportunity for youth outdoor backpacking education over the Labor Day Weekend.

The weekend was filled with laughter, inspiration, quiet moments of reflection, and learning. As Mutt said, “Getting the chance to share something that you love to do with younger people and watching them 'get' why you love it so much, it's an indescribable feeling.”

But to sum up this weekend best, YMCA staff Mutt, Ivonne and Dustin pared down this holiday weekend into their top 10 favorite moments:

ONE: The Tahoe Rim Trail Association 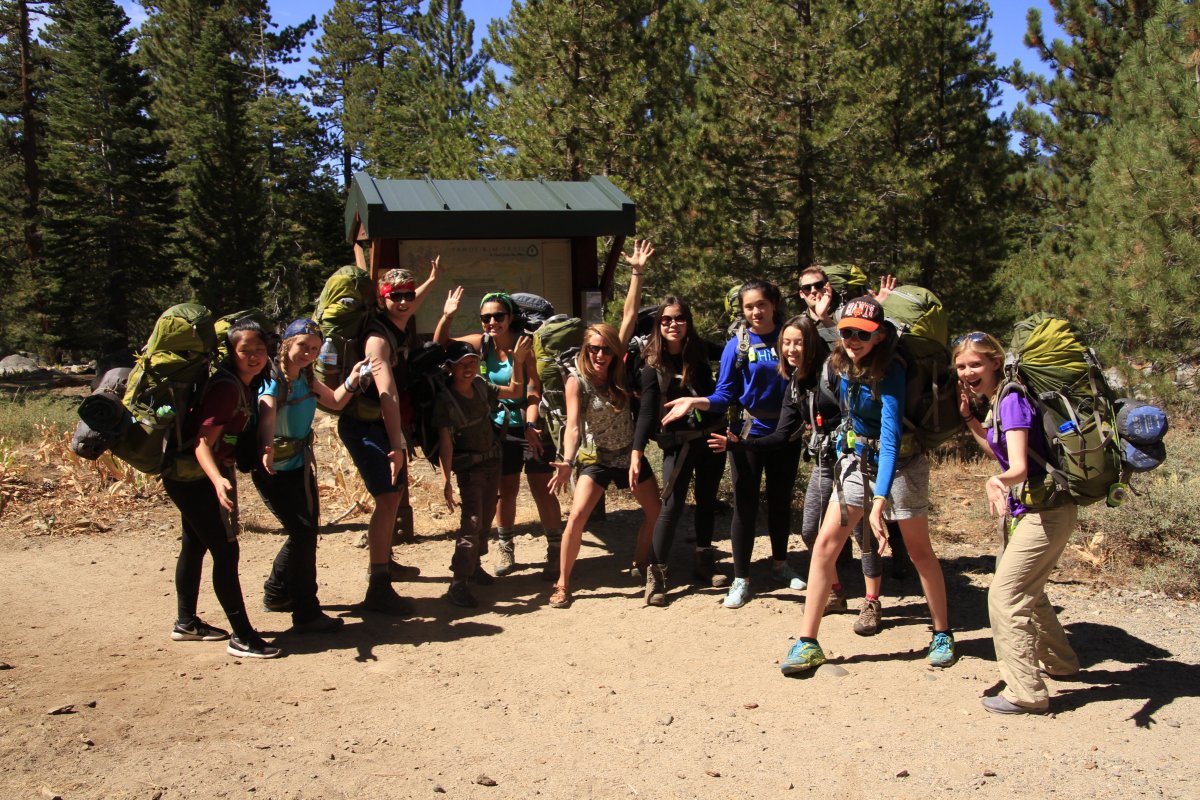 Mutt: For the past 2 years, the Tahoe Rim Trail Association (TRTA) has been able to sponsor up to 12 kids to take backpacking in the Tahoe Basin. Their Outdoor Youth Programming is sponsored in part by grants and generous donors. We're extremely lucky that they can extend this generous offer to the Y so that kids can learn about and appreciate the nature in the Tahoe Basin. 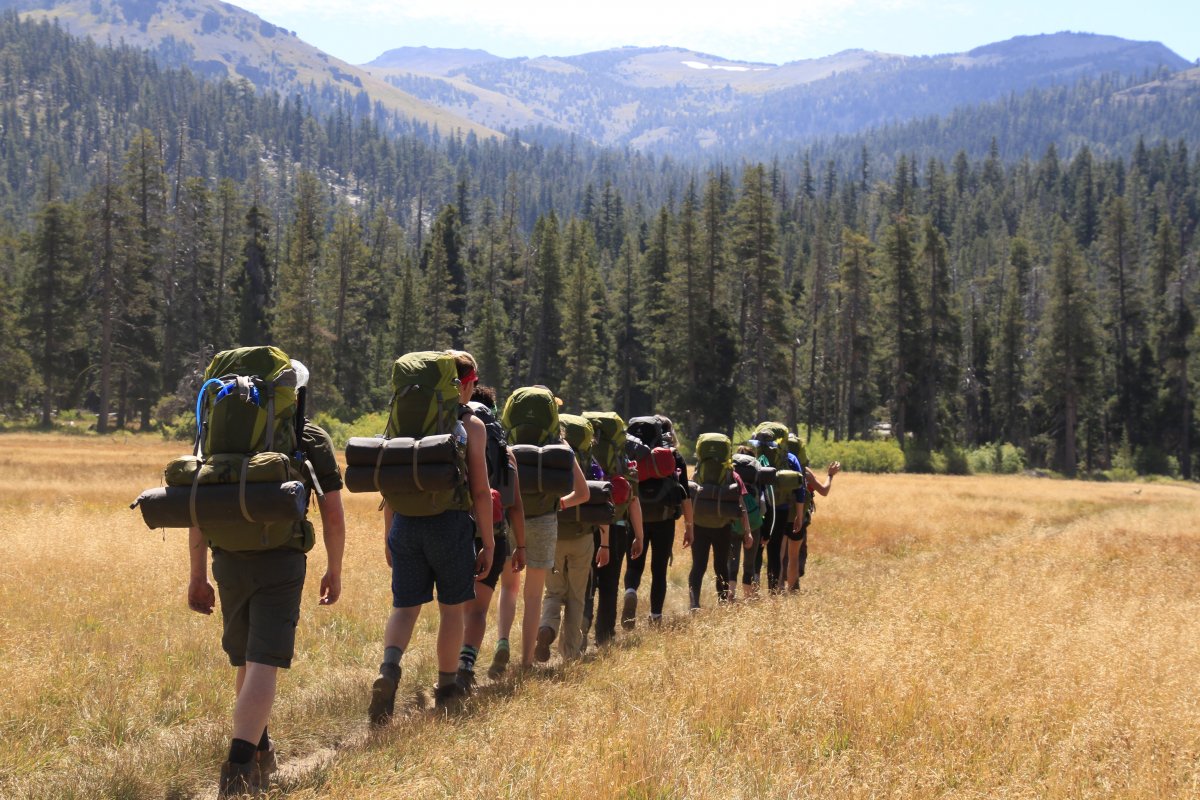 Mutt: Maggie mentioned that this group was the fastest group that she had hiked with all summer. It was equally amazing because the kids just arrived that morning in Tahoe from San Francisco. I agree, total rockstars! The packs weighed anywhere from 25-35 lbs with food, gear & water.

Ivonne: They were really strong hikers! They left us in the dust!

Dustin: There were some first timers but they did an awesome job. 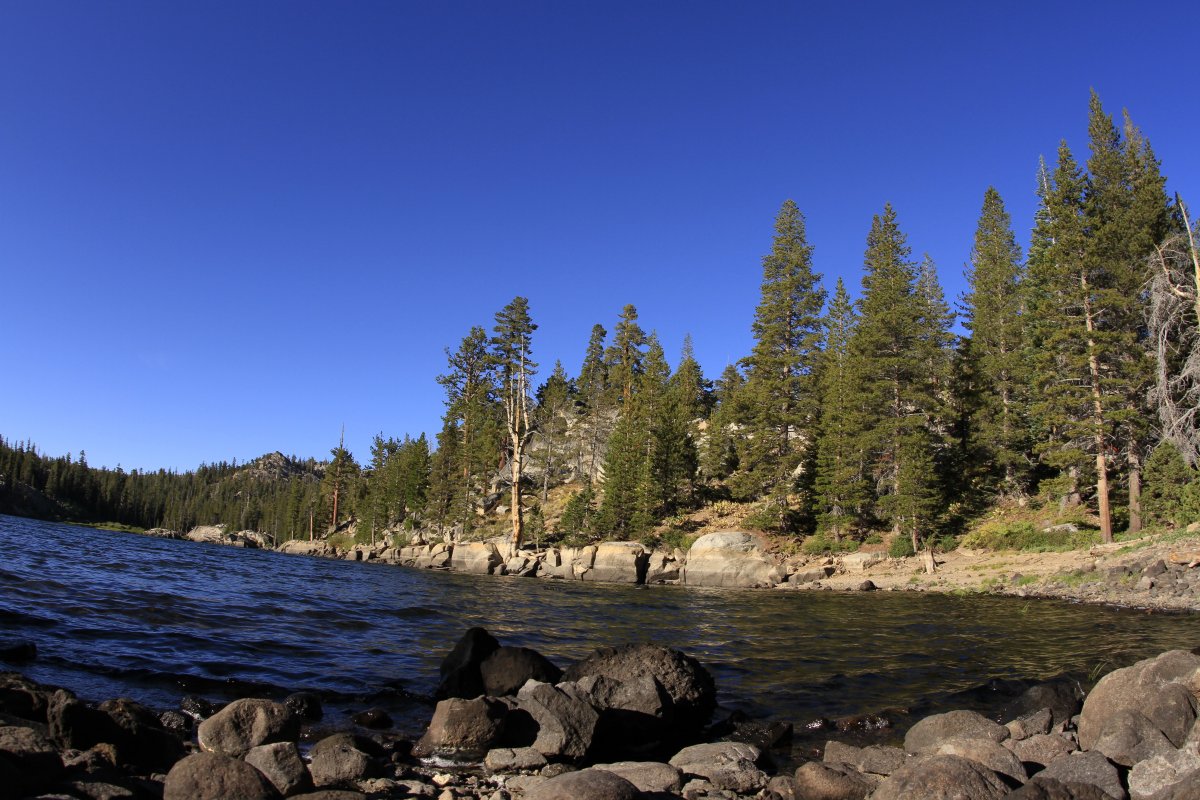 "It made me feel kind of fresh, cuz you’re always in the City and it's dirty. But here it's actually really clean. What I walk away with is we're so lucky to be able to have an experience like this with the Y. We got to go for free and learn a bunch of stuff and it's just cool that we got the opportunity while some kids don't ever get to do this."  - Katinka, Richmond YMCA

FOUR: Taking Care of Each Other 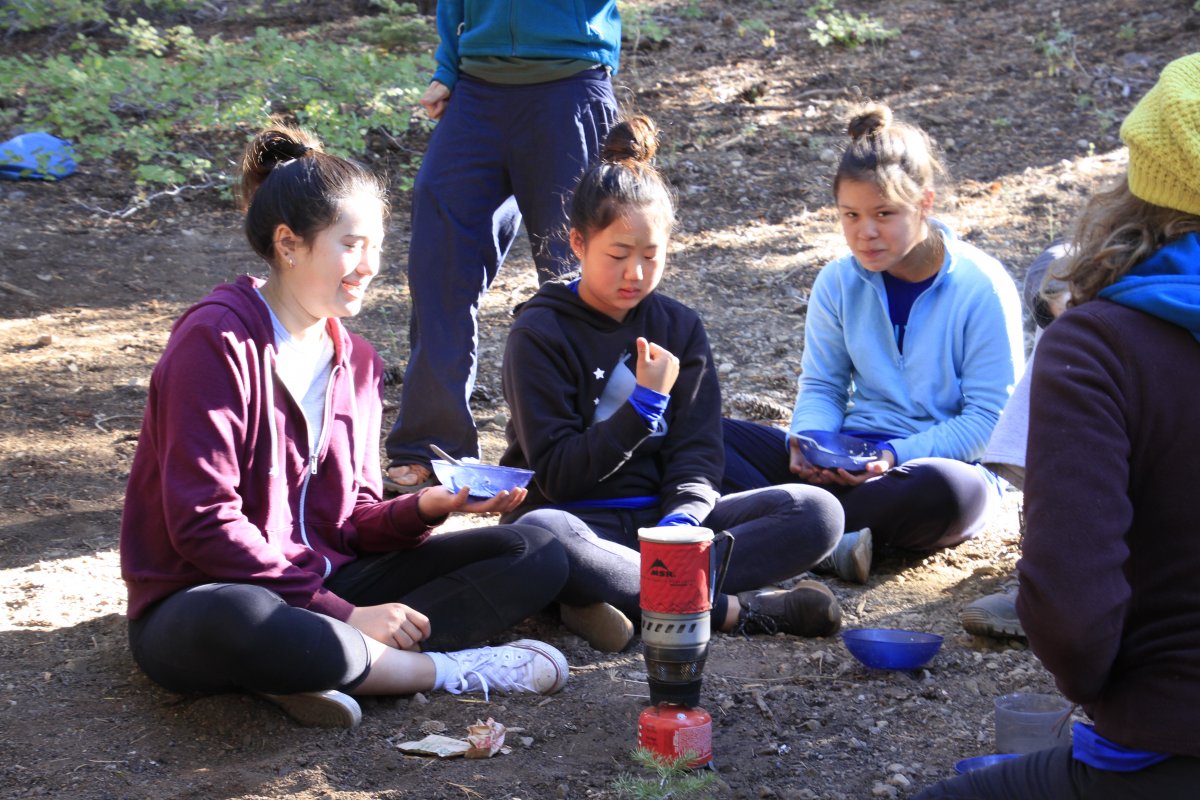 Ivonne: Seeing all 9 of them take care of each other in different ways even though they all didn’t know each other at the beginning of the trip. That was one of my favorite parts.

Dustin: Watching the kids have fun and work as teams made me wonder how can we get more kids to go in the future.

Mutt: These kids helped each other throughout the entire trip. If someone was up early, someone made hot water for breakfast or went down to the lake to get water for filtering. After we taught them something they put their skills to use. If someone struggled with one thing, another kid helped them finish. What was equally amazing, several kids got stung by bees and not one complained.

FIVE: Learning About Leave no Trace 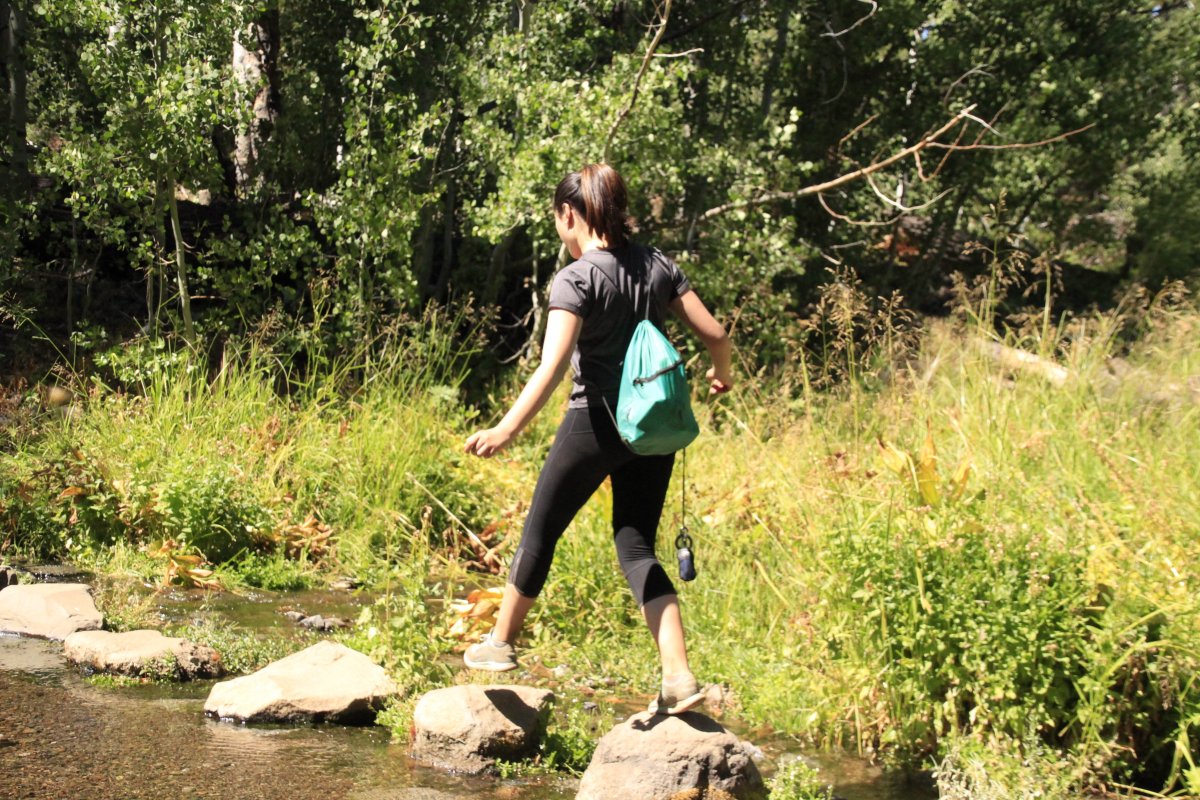 "I learned a lot about nature and different kinds of plant and LNT (Leave No Trace). And for my Heart, I got to meet a lot of new people and that was really cool.  What I walk away with is an appreciation for nature and getting to do stuff like this." - Chloe O, Stonestown YMCA

Mutt: Learning and identifying the various trees along our hike and then hearing the teens remind each other and point out the different trees on their own. 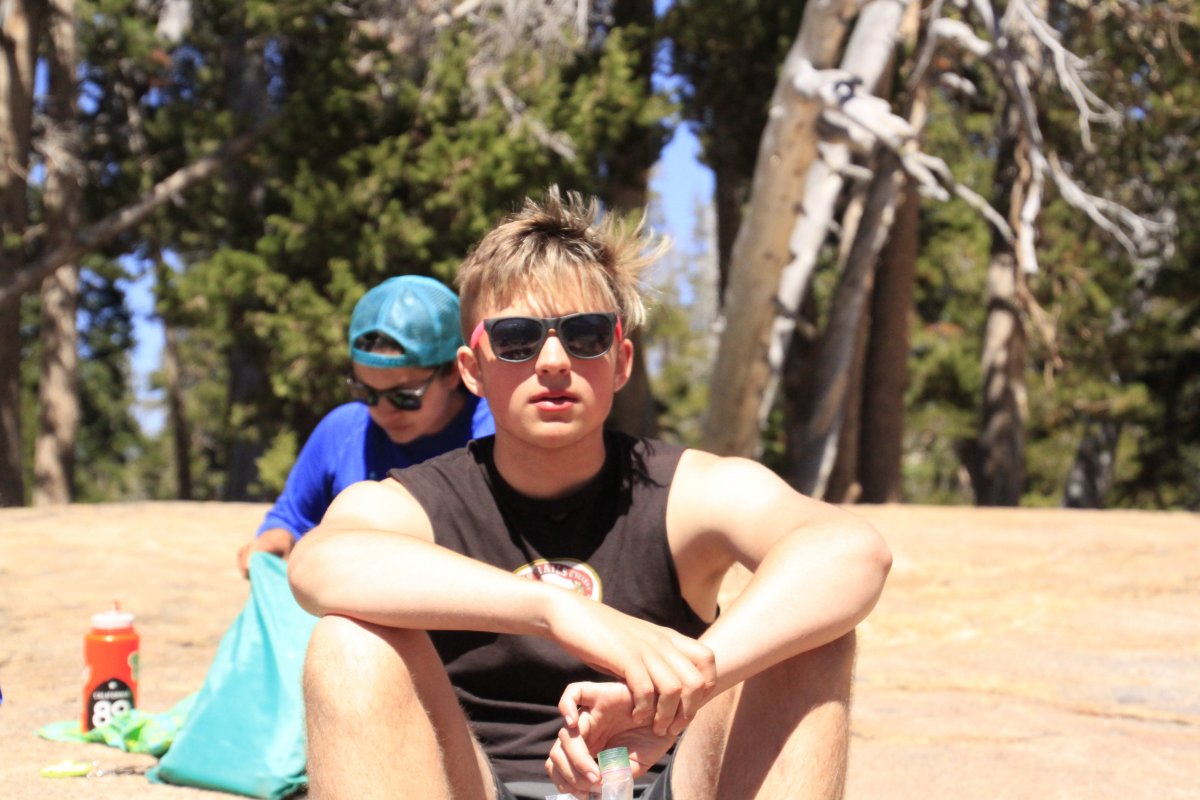 Mutt and Ivonne both laughed when mentioning this memory of their backpacking weekend, so Dustin was kind enough to retell his “Sparky the Cat” story:

Dustin: "So I had this cat once named Sparky. He got out of the house one day and into the back shed. I was mowing the lawn and found poor Sparky next to the open gas container I was using to fill up the lawn mower. Sparky had drank the entire can of gas and now he wasn't moving. I kept calling out his name and poking him but he wouldn't wake up. All of a sudden Sparky got up and starting running circles around the yard. It was amazing, he was like a car. Sparky was going faster and faster, then all of a sudden he came to a complete stop and fell over. Poor old Sparky ran out of gas."

It may not be a real story, but the kids loved it! 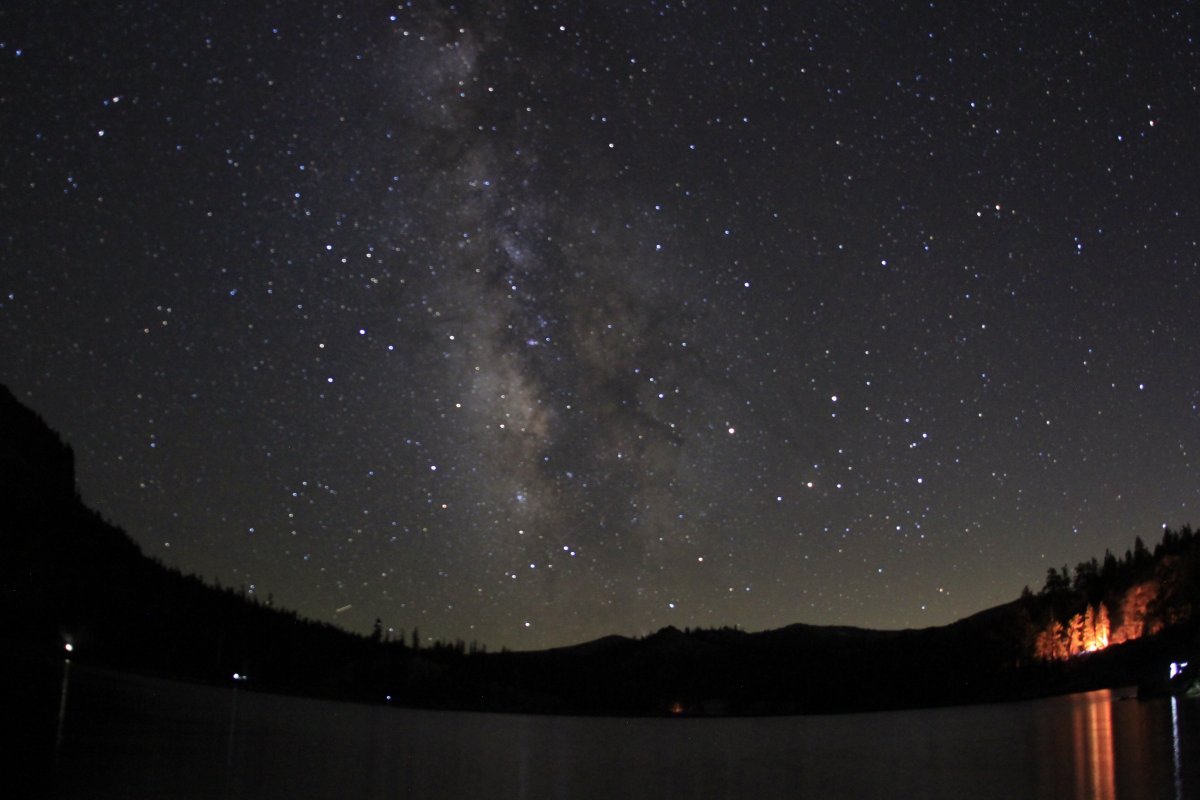 Ivonne: The plan for the night was to cook our dinner and hike up to the a mini ridge where we would be able to see the sunset, Lake Tahoe, and a beautiful view of Round Lake (which is the lake we were camping at).

After hiking up for 10-15 minutes, we ate dinner, took turns telling stories, laughed a lot, and played Leave No Trace charades, all while the sun disappeared behind the mountains behind us. Once twilight rolled around, we turned our headlamps on and began making our way down towards the edge of the lake. With nothing but the darkness and the 10 headlamps ahead of me winding around the trail, we looked like a quiet little caterpillar making its way through the forest. We found our seats on a large fallen tree, turned off our lights, and waited for our eyes to adjust.

Where we first saw five starts, we slowly started to see 10, then 30, and then, the whole sky above us lit up. The Milky Way presented itself a little after 9:00 pm and it triggered question after question of “what exactly was the milky way” and “why did it look like a streak across the sky?”  Maggie guided us to Antaris, the bright red star that is “not  Mars,” she pointed out the constellation of Scorpio which is only seen in the summer months, and told us about the Perseid meteor shower that takes place every August but was made even more spectacular this year thanks to Jupiter’s influence.

Everyone sat there, quietly sharing stories with one another while hoping to catch a glimpse of a shooting star. There was a quiet sense of appreciation amongst the group. No one talked loudly. No one wanted it to end. But soon enough, it was time to head back to camp and prep for bed. And like magic, everyone went to sleep quickly and quietly. 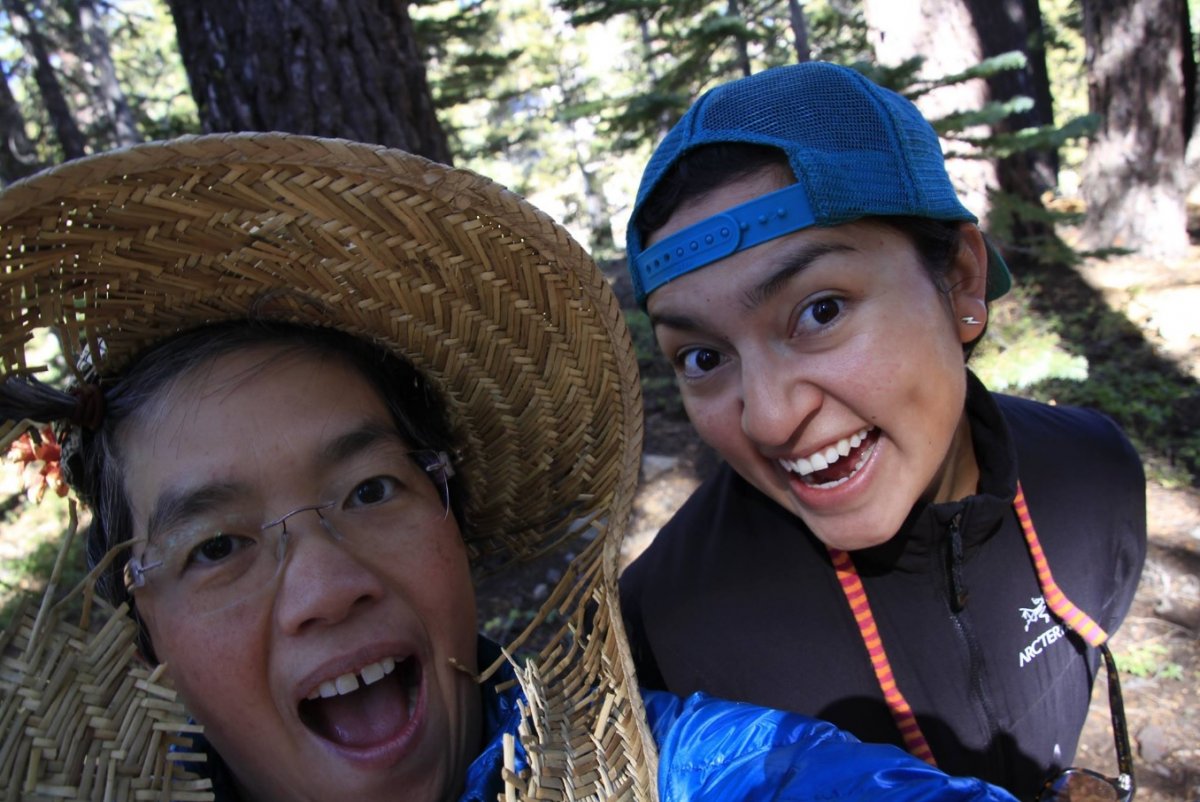 When you go hiking, you sometimes find relics of days and years past. This tattered gem was found along the lake shore and to reiterate Leave No Trace, she decided to pick it up and rock it. 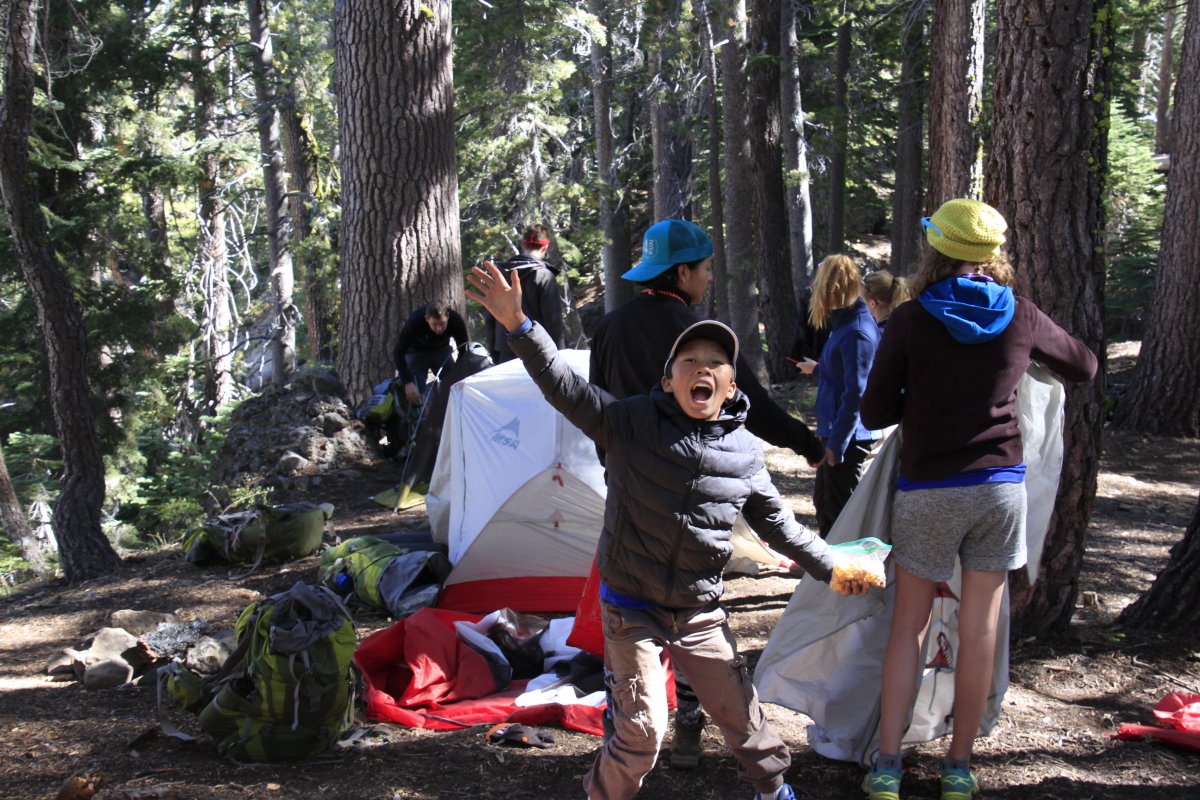 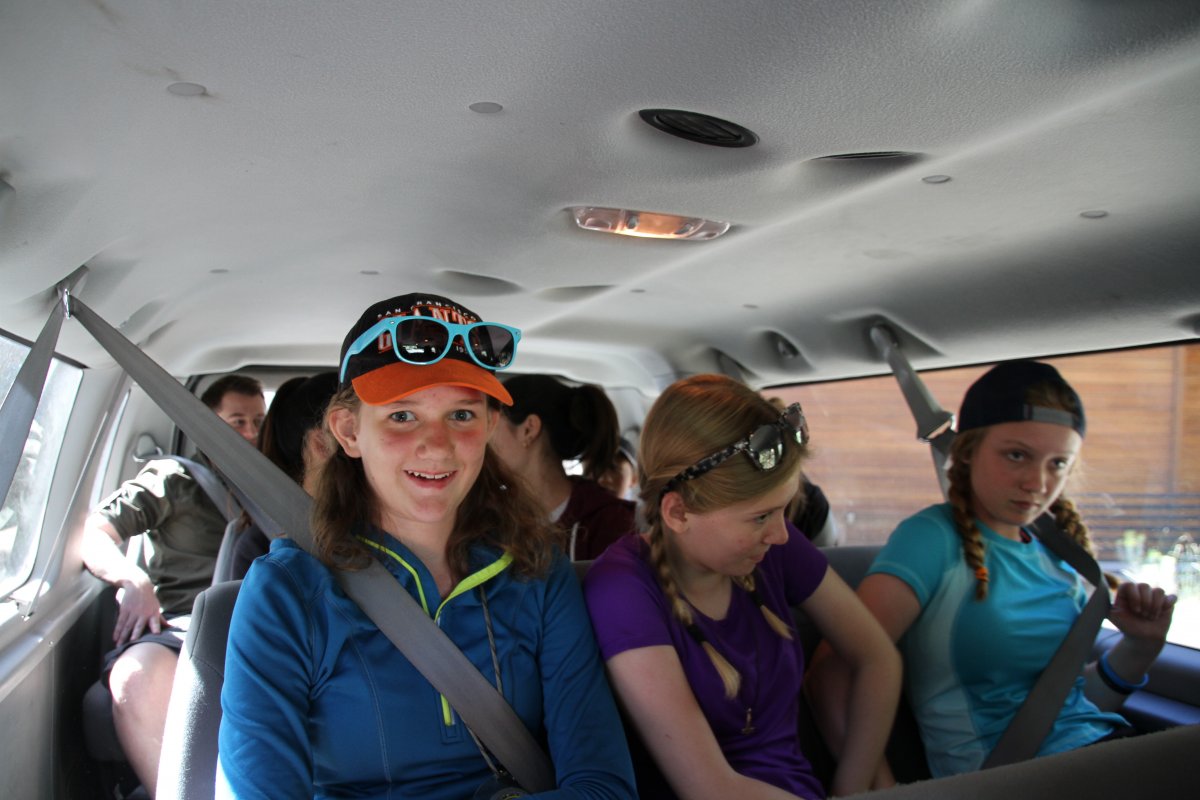 Ivonne: This trip was magical. The group really worked well together and it made our jobs easier. It didn’t even feel like a job. All of them really appreciated being out in the mountains with each other and you could really feel that connection. 72 hrs with these young people in the mountains was a dream!

Dustin: I was so lucky to have the opportunity to go. Watching the kids have fun and working as teams made me wonder how can we get more kids to go in the future.

Mutt: Thank you Tahoe Rim Trail for this incredible experience!